Ever since our initial release of Space Engineers on the Xbox platform, we have worked hard to provide the best Space Engineers experience for everyone, regardless of platform. Today’s release takes us one step closer to bridging the gap between PC and Xbox communities by ensuring that every Space Engineer can build, create, and imagine with friends on their platform of choice. 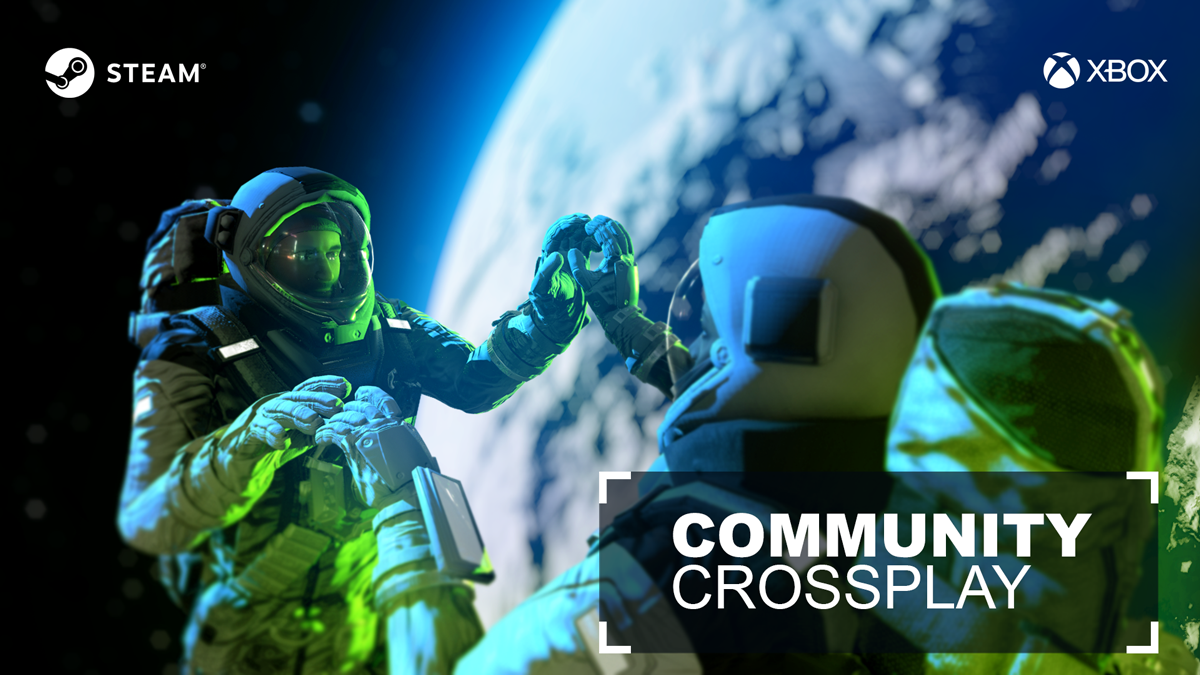 ok - just saw that now we all have to accept some agreement with Epic Games before we can use the game, regardless of if we don't play multiplayer - with no update to the EULA on the store page or any notice that the game now requires allowing a third party access to our systems - so obviously not doing that - hopefully this will be hotfixed - but if this is really the way things will be going forward - features removed without notification and then other intrusive "features" added and preventing access to the game unless we agree - it is yet another sad day

I agree. I have **ZERO** interest in cross-play; I have almost zero interest for any kind of multiplayer whatsoever - but now I 'need' to use EOS to utilise the blueprints that I have created myself and which reside on MY OWN HARD DRIVE?!?! Really??

In which universe does this make any sense?

Devs: It's **ALWAYS** for players to opt IN to something, and **NEVER** for them to have to opt out.

EOS is just a networking library/system for crossplay. If you don't want to use crossplay, you will still use Steam and won't be using EOS.

As for the opt-in/out, you can opt-out of using Mod.io. The bug is that you were supposed to always have access to local blueprints, even if you opt-out.

Also, the phrasing is not good, it's an opt-in system. Until you click accept, you haven't "opted-in" and won't be using mod.io at all. You can decline and wont be opted-in.

accepted - i did appear to conflate EOS and mod.io with regards to the ToS (tbh i was unsure if Epic owned mod.io or not) - however i was still unhappy with the necessity to get involved with mod.io when i have no need of their service. And while it may now have been patched out i have found the whole way it was rolled out pretty unpleasant (see next point about the update revision ids). Also while Epic's piece of this shouldn't have an effect on PC users who do not play crossplay - the game has still now been updated to include their software, as well as code to integrate with the XBox platform, and now that it has been opened up this way i am far more concerned of the impact that any future bugs or updates may have

i understand that my objections to the content of this update and the manner in which it was rolled out may be mostly personal to me, and a user on the steam forum has done a good job of explaining exactly what mod.io is and the expected limits of what data might be shared with them under normal circumstances

but for me the final deal breaker was that this crossplay feature was added as an addition to the 1.197 update, instead of being its own 1.198 revision, which would have allowed PC users to lock their game at 1.197.075 (or ideally 1.197.076 which would have included the bug fixes), and not to have to install an entire framework for a platform and feature which they may not wish to use, and which may well require patching for some significant time to come

it really was the final straw for me after the events surrounding the original 1.197 release that caused me to lock my game to 1.196

again, i understand that this is probably limited to a personal opinion, and so i wish the best of luck and happy gaming for all those who continue to play this game that still does offer so much

but i have found myself burnt out by recent events, and really don't want to have to constantly be on guard for features being removed or added without notification, or being automatically opted in to the next integration with a 3rd party's for profit business

but as for privacy concerns - i am sure that most people will likely unwittingly share far more personal information through a half hour of browsing the internet on their phone than will be shared due to this update, especially if they are allowed to opt out - and all said and done it may mostly only be their mods that are at risk

Hello, Maybe I did not catch it, but what about unworking sharing blueprints to workshop?

Why havent you fixed the Proton compatibility so that Linux users dont have to do a bunch of workarounds for getting SE working under proton by simply installing from Steam?

You have charged us for the game, but done nothing to make our installation experience hassle free. Why do you treat your customers this way?

That is an impressively small number of updated features & fixes from the support site, cross-play was the only real item on the menu for this update I guess. See you all in ~3 months for a worthwhile update everyone!

actually, this isnt even the full update, they said this was only a part of the bigger update

so no fix to the still ongoing vent bug??? even though i did the work for you and told you guys a simple way to fix it in your own discord server????

Oh heavens no- you need to get 2-300 people to upvote your topic on the support site before they'll even look at it, let alone considering implementing a fix that came up with on your own ( just look at the projection sub-grid topic as an example ).

As someone that's been in the same situation, it takes months for a submitted fix to make it out to a public release.

It has to be audited, and then it needs to be placed on the schedule, a schedule which will take time away from another task potentially. Sure, you provide the fix, but there's still time required to implement it into the current codebase, and time to test it. Of course, the earliest it could be added is usually when the next update begins work, which is usually a few months before we hear about it. After that actual QA time needs to be allocated to make sure that fix works, and doesn't break anything else. So, a fix submission to public release could easily be 6+ months, depending on the risk and priority (which is why ModAPI changes can sometimes happen sooner, as they're typically less risky to the overall game).

It's frustrating, but it's development.

anyone else having the game crash with Radeon graphic cards after the update?

would have loved to see

Guess I'll wait 3 more months and hope it's not a DLC update again.

Yeah, I get the distinct impression that all of the bugs / issues / suggestions that they marked as 'waiting for fix' in the last 2-3 months got bumped to the next update, in favour of the stupid cross-play nonsense.

There will be DLC with the next update though, don't even doubt it for a second- hopefully no more functional blocks get declared as 'decorative' and added to the dlc portion of the update. Lol, yeah right, we already know they will...

I must thank you for taking a step back to reconsider how some of these things are implemented, and at this rate of speed as well. I look forward to said items being implemented in a better fashion, where they are not relatively forced but instead offered.

What if I already accepted modio? Can I opt out? I only need local blueprints.

Bringing PCs I crossplay over to Xbox servers was not a good idea. Everytime a steam account logs into server now the dang server lags for the next 20 mins and then at the end of the absolutely no action lag fest it rolls you back to when the pc player logs in. Rinse and repeat till you just turn the game off from frustration.

Can we please get a official Australia keen EOS server for Xbox and pc players. I experience rubber banding, slips and frame drops only in the EOS servers. This might be a ping problem for the fact there is no Australia EOS servers anywhere or a cross play problem

I play on PC

Keen where is the bug fixes? It's been two weeks and still no fix for sprite sync issues on dedicated servers?

Just for the record, 1.197.181 did not fix the issue with highly modded servers. I still cannot get on my server. We are eagerly awaiting an update, especially since this was not a problem before .180

How does one mute players in text chat? I can't find any option to do so. All I want to do is see the new features.

I am still waiting for a response lol. If you add a feature, at least explain how it works, otherwise it just looks like you're lying.