Performance hit while mining, related to cockpit/method of drill activation

I've noticed a weird bug on my server.

When people use medium-to-large miners with a lot of drills - naturally they sometimes can generate some lag/simspeed drop, that's understandable, mining is a performance-heavy activity. But I've recently discovered, that the amount of lag caused by mining is dependent on how the drills are being activated/turned on.

As we know drills on a miner can be activated in one of two ways.

1) You place a drills icon (chosen from the Block Tools tab in the G menu) in a slot on the toolbar, select that slot, and then use mouseclick (either LMB or RMB) for momentary switching the drills on for mining.

2) You group the drills together in the Control Panel, put a shortcut for the group on the toolbar with the "switch on/off" option chosen, and then you just use it as a permanent-acting on/off toggle for all the drills when mining.

I've found that when you use option 2 (toggle), the lag/simspeed drop/performance impact generated comes only from the drill blocks, BUT if you use option 1 (mouseclick) instead, there is an additional source of lag - the cockpit block that is being used by the player. It can often use even more resources than the drills themselves, as much as tripling the amount of computing resources the grid is using while mining.

Those findings come from the Profiler plugin for the server, that analyses (among other things) how much simulation time each block type is using. Here are recorded results of one such (test) case:

First there is a result of mining using mouseclick and then after that - using toggle/button method. You can clearly see that when using toggle, the cockpit lag (green line) disappears completely, leaving only the drills (yellow line). I've seen it in many times, across many different miners, between different players on my server, it's not an isolated case, it happens a lot, but to be thorough here's the blueprint of the miner this test was executed with: Steam Workshop::ES. 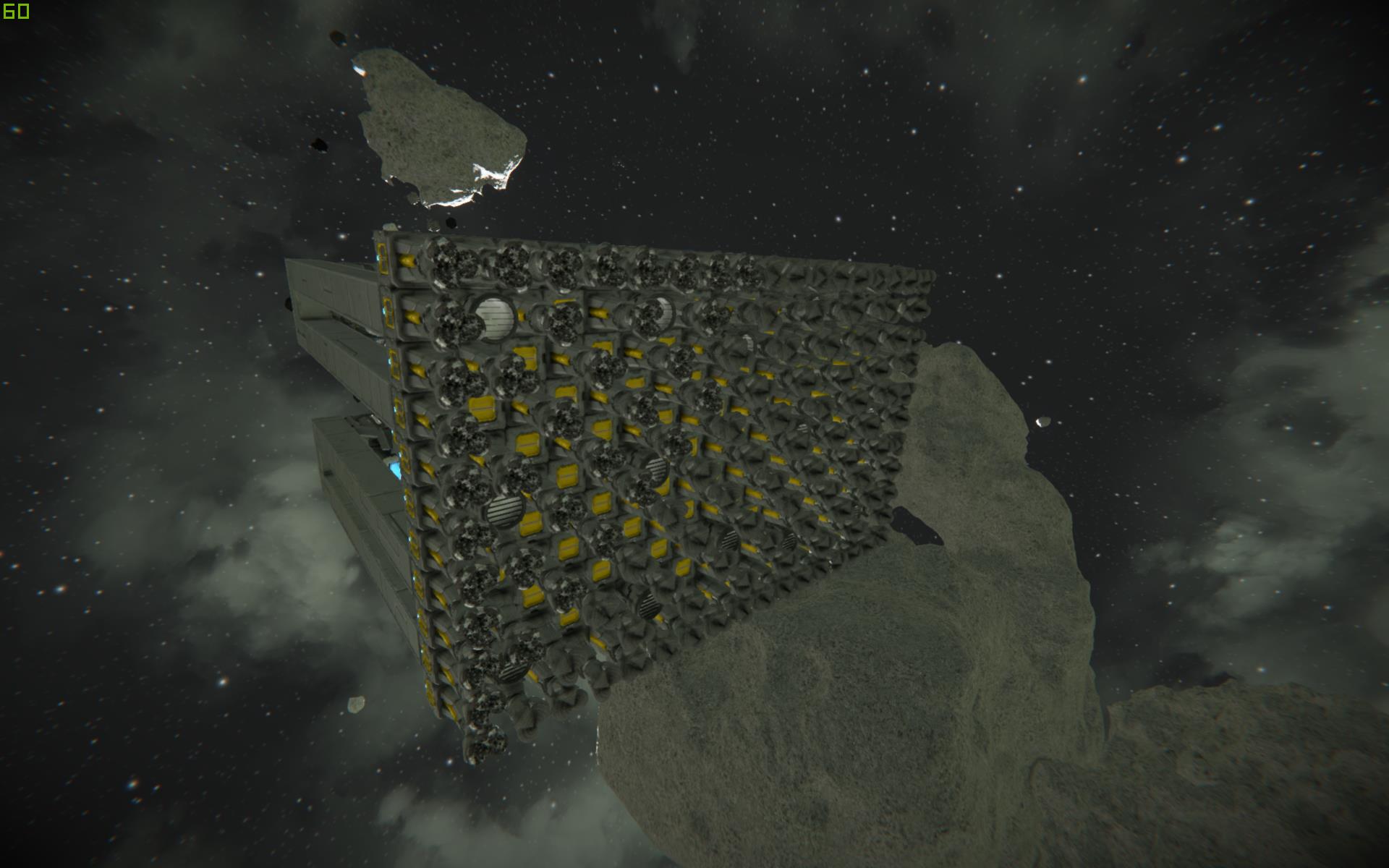 Please look into this, since the miners in the current state of the game, and when using mouseclick for drill activation, use much more server resources than they should/otherwise could.

It's the same problem: https://support.keenswh.com/spaceengineers/pc/topic/simdrop-while-using-drills

Is it though? I don't see cockpits mentioned even once in that thread.

thanks for letting us know.

May I ask you for cooperation like we did last time? Please contact me, when you have some time to spare.

well... you know it :) But the issue was successfully reproduced and put into our internal system.

I´m happy to announce you that this issue is already fixed and will be introduced to the game in upcoming major update.