Subgrid becomes a Static-grid after merging with the Parent Station

I have a Station with a subgrid made up of hinges and rotors. I was attempting to build a Large Air Sealable landing-bay, and discovered that when you merge a subgrid to it's parent station it will convert itself into a station as expected however after unmerging form said station the subgrid will remain a station grid. 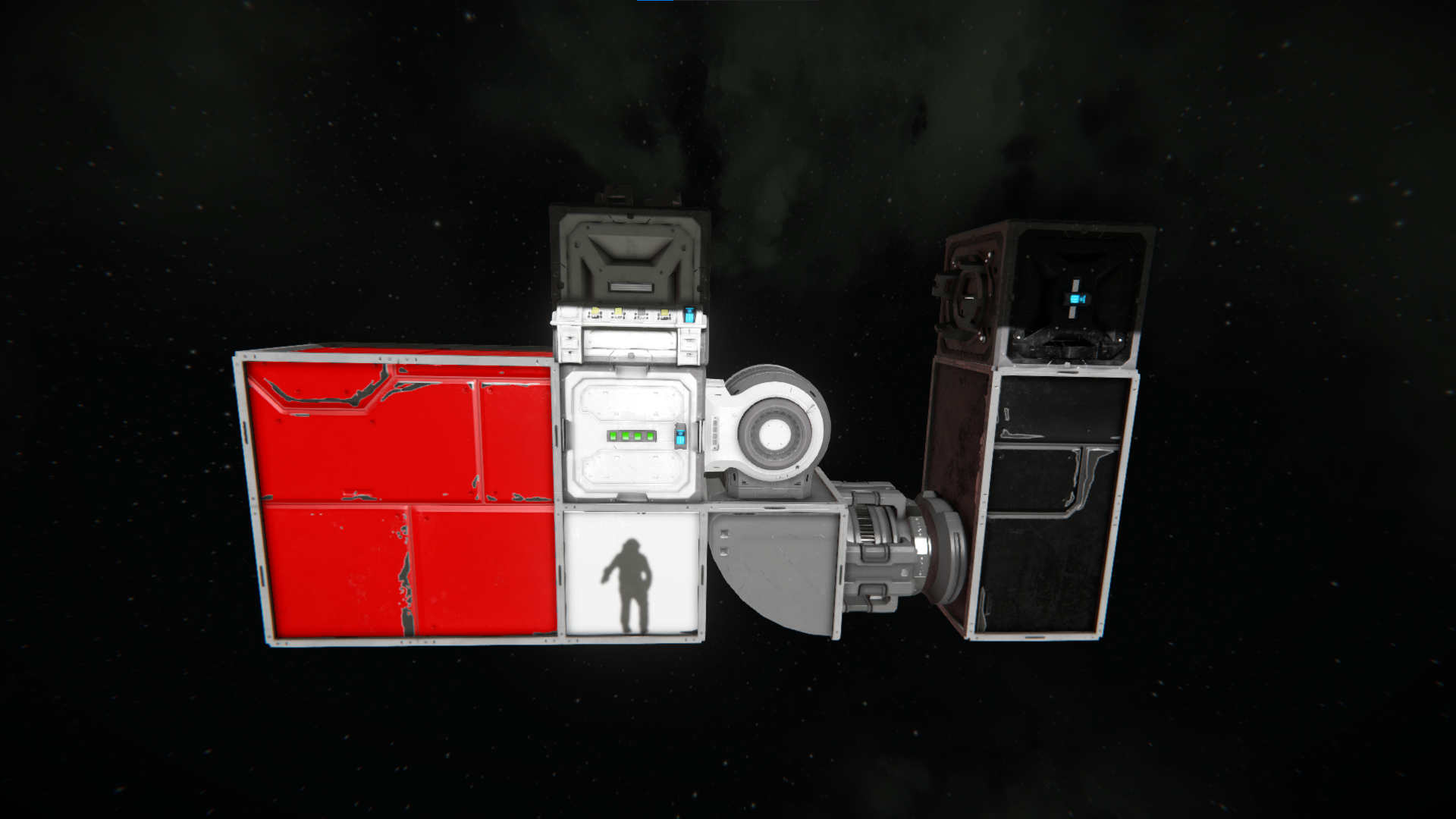 I'm sure you'll figure it out, I left a teaser in the Save Game that I've attatched to this, hope it will satisfy you <3

thank you for bringing this to our attention.

This is not a bug, and is working as intended.

The design behind the merge block is such that once you merge two grids together, it becomes a single grid.

Merged grids form a single grid, with no distinction made for grid portions that may have been separate at some point. On division (e.g. by deleting the merge block) only the bigger (mass) can have the original name and status, while the smaller grid is considered a "new grid".

Thank you for your time and energy.

shouldn't the lighter weight "new grid" technically be a ship after it disconnected? I checked the masses on the Hangars left in the world download above, the 4 segments of the door are all lighter than the station itself so these segments all turn into new grids after they disconnected. Since the advanced world setting has Unsupported Stations disabled, these segments should have a ship status, however all retain the station status.

This bug does not occur when there is no subgrid on the grid I'm attempting to unmerge. However the new grid and the station with the greater mass are still both connected with a subgrid on a hinge and rotor. If this is not a bug, could it be an incomplete feature?

If further investigation is needed, I'll be more than happy do provide more details.

OK... after another discussion with our designers, we decided that there actually might be something wrong (at least in your save). Please try to test it some more yourself if you can e.g. through the weekend - any more information might help.

I will come back to this a little later and try some more testing as well, try to cover some scenarios and see the possible problems that might arise.

Will change the status back to need more info for you.

I've ran into a different kind of problem where I was unable to Launch the game since the last major update, the log indicates that 'EOSSDK-Shipping.dll' cannot be found. I've searched through my computer and it's missing, until I can fix this new problem I won't be able to run tests over the weekend. I'm sorry about that.

I've attached the log file and I've already submitted similar crash reports like these but I haven't gotten back yet from the crash report people. I likely only need a replacement and a location to save the dll file to.

Thank you for considering further investigations,

P.s.: I found a topic in the help section, I'll have it handled over there.

sorry to hear that you ran into another problem after the update :(

We already have a topic with this here and user manage to fix it by reinstall VC Redist 2017.

Can you try it as well? Hopefully it will help you so you will be able to play the game again.

Done worked well and I made the list be more readable, I will now resume investigations! :) Thanks a lot.

I gone in and tried making an empty world for testing this, however the custom world tab seems to have replaced Empty World with the Pentam Orbiter, is this intentional? If you don't mind me asking.

Surely I can make a normal world, however for debug purposes I'd like there to be nothing in the world to have full control of the environment I'm testing in, it's also better to just have a 10km no asteroids world for top performance and no lack of physics calculations, as well as small save file sizes.

this is also a common problem i run into related to this bug, as shown in splitsies video https://youtu.be/WNefzS8KIbM?t=1348 at 22:28 where a block stays afloat after grinding the base in the ground.

After some Testing I have created a world with merge blocks and found that the Advanced World Setting "Unsupported stations" seems to be completely ignored as none of the grids('New Grids') created after unmerging turned into dynamic. The Unsupported Stations setting sais that if enabled, grids will nolonger turn dynamic after disconnecting from a static grid. In this world the setting is not enabled.

Anyways, here's the world file, perhaps there is more information there than I can put in words. Let me know what you think.