Summary: A un-obstructed small grid Door won't close when there are other grids, sub-grids, objects or players touching it's Sides. 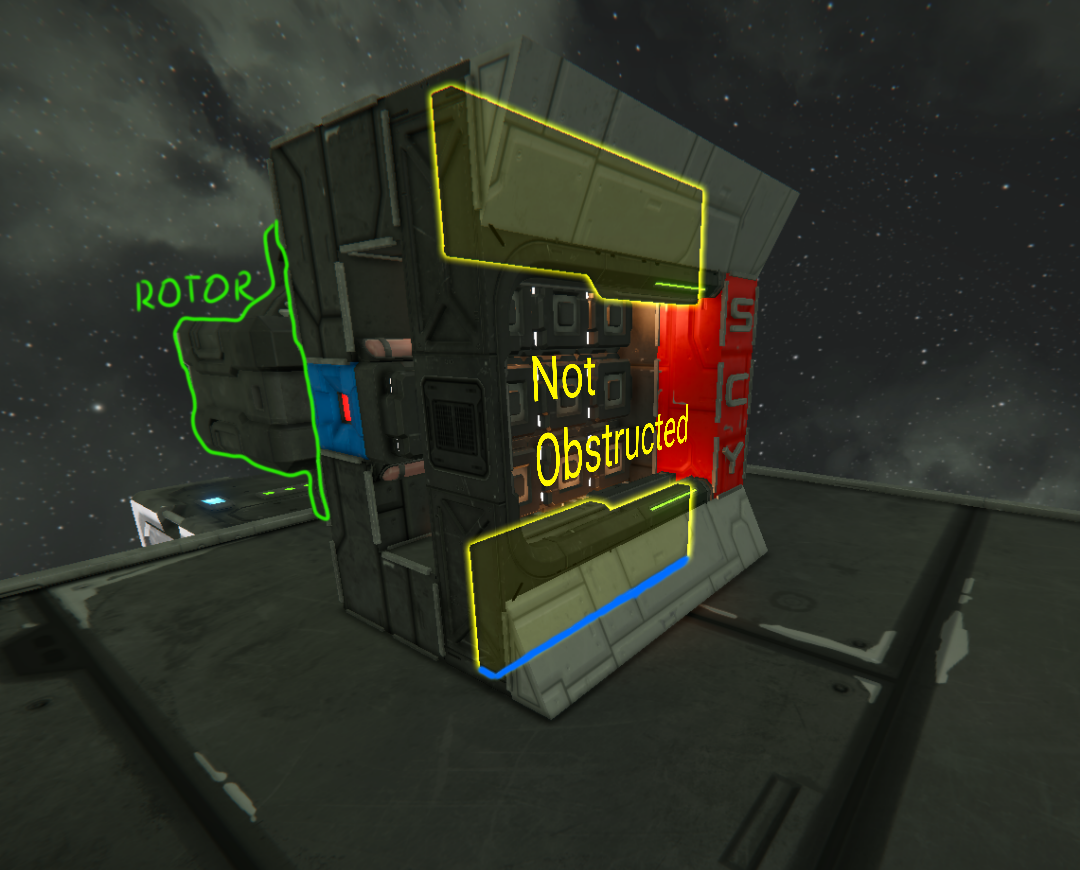 In this example you see a Small-grid Door in a sub-grid touching the station grid. The Door has both power and is un-obstructed. While the door is in the closed state, it will allow to open. Though when attempting to close the door, it will not allow closing, as the door hitbox collides with the station grid represented with the BLUE overlay.

The same bug can easily be recreated by standing on the sides of a door with mag boots or under gravity with a sideways door. If your boot touches the open-state door-parts highlighted in yellow, using the door to close it will briefly work but then aborts as if the area between these colliders were obstructed and force open again.

Thank you for making it through the ticket!

If there are any other details or screenshots needed, please contact me via e-mail.

thanks for sharing this issue with us. However, when I did try it I was not able to reproduce the issue

You think it would be possible you share me the save file of the world where this issue is already broken and can be observed? Also the video would be a great help!

You can access your save files by typing %appdata% into your Windows search bar and you will be redirected to the hidden Roaming folder. After that just follow: \Roaming\SpaceEngineers\Saves. There should be a folder with your SteamID and your saves.

Please zip the file and attach it here. If you are having difficulty attaching files you can optionally use Google Drive. When sharing a google drive link please make sure it is set to be downloadable by anyone with the link.

Thanks in advance for providing the files.