I like the idea that you're finally allowing us serialized prefab generation for non-vanilla prefabs. It does truly help performance of spawn in general. However, there are two problems with your approach.

1) You're not respecting existing .sbcb2 files that were generated before a mod was deployed to the workshop, or that have been deployed since the prefab was spawned in a world. This means that every time that prefab spawns for the first time in a live game, you're overwriting the existing .sbcb2 with what is likely the exact same data. Which leads to...

2) You're not threading the .sbcb2 generation, so game hitching / stalling / chopping / whatever you want to call it is pretty extreme on most larger prefabs.

Please either thread the .sbcb2 generation, or respect that a .sbcb2 file already exists for a given prefab and run with that. You can compare file modification dates (or one of my other file comparison methods) if you're worried about having a stale .sbcb2 file on prefab spawn.

I'd like to suggest refactoring the current system to follow the attached diagram. As it stands, generating the .sbcb2 actually makes first spawn of a prefab rather rough, even on a beast of a computer. 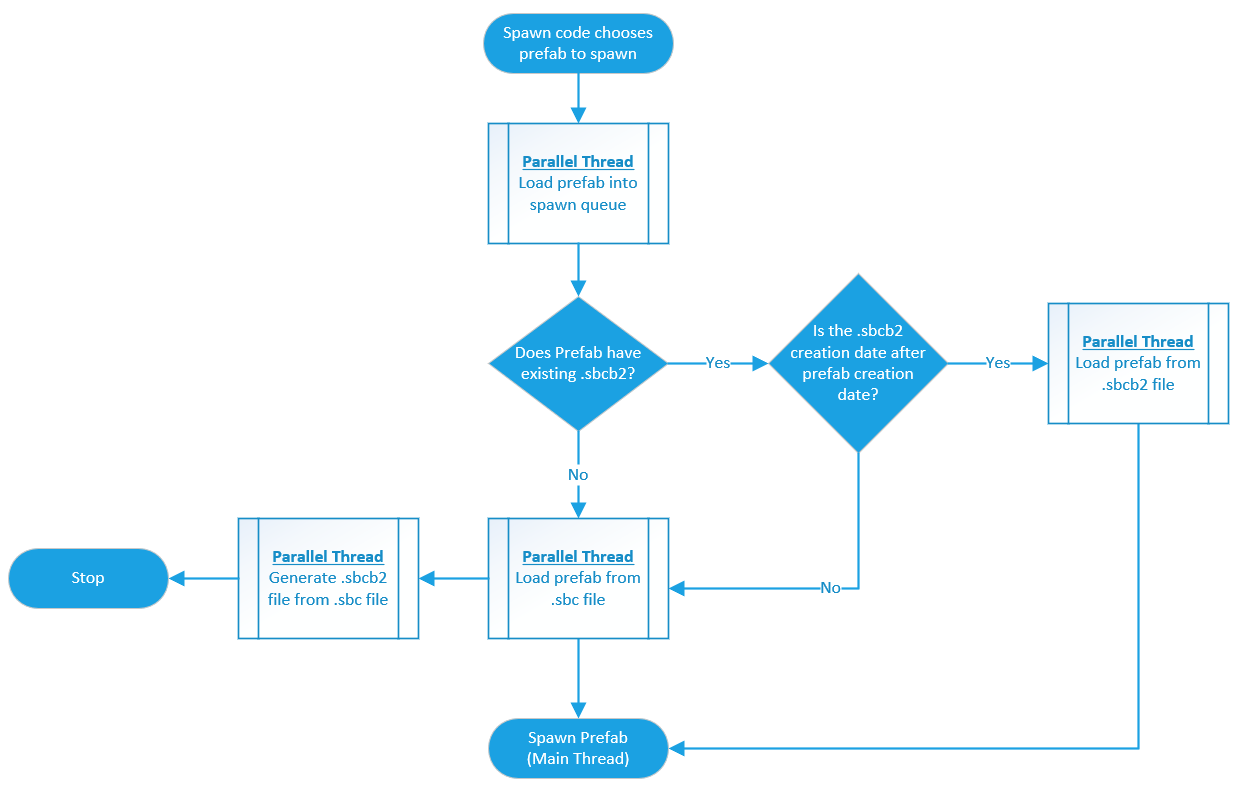 Noticed the same thing with my own NPC mods, but Thraxus has said everything perfectly about the topic :D

The impact of this scales up as more players login in to dedicated servers. On our server this creates a 3-6 second 'pause' as often as 1x in 2 minutes depending on the number of players (up to 5). During the pause all players are frozen.

Thank you for looking at this one.