Reduce the operating time of the jetpack in space to 0.5 - 2 minute (Reduce fuel).

Limit the work of a jetpack on planets. A few short jumps are enough. Or completely block his work during gravity 1.0.

With this you will need to add a personal parachute.

If bullets hit an astronaut with balloons, it should cause an explosion :). (Love fireworks). Hydrogen tanks in ships explode. What is the difference between large tanks and small ones?

This optimization will solve many of the problems voiced earlier.

a problem with griefers. It will become easier to defend against them. They will not be able to quickly get to you and, accordingly, the problem will disappear.In this case, the capture of bases and fights will become more interesting.

Or for example, those who want to enlarge the planet will find that it is not so small :).

Stairs become relevant. And the elevators too :).

To make out the fallen satellite, you have to get into the car or air craft.

Which needs to be built and which are useful when capturing bases or transporting ore.

Mmm, hardcore, I like it. A good idea, especially as protection against griefers and other assholes. MORE DEATH, MORE! 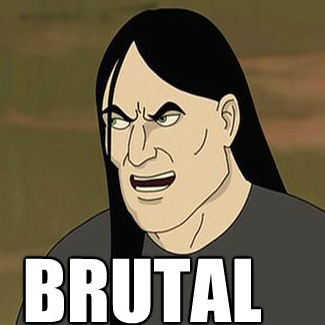 And also increase the time for refueling a jetpack from hydrogen cylinder if this level reaches 0%. This is what I understand. Balanced hardcore.

+ reduce maximum speed or acceleration on the jetpack

The maximum speed cannot be reduced. It is needed so that you can stand stably in a moving ship. Or could catch him.

You can make magnetic shoes attract magnetic planes from a short distance. This will solve the problem of stuck in space.Make the jetpack work time customizable (realism, 1x, 5x, 10x, and so on).

There are a few other things that told me. When the fuel runs out, you can use a rifle (add kickback), throw things out of inventory (which should also give acceleration), or such an interesting option is a gun with a rope.

By the way, very strange logic. There is no recoil from the rifle, and when the bullet hits you you fly off :)).

There are a lot of subscribers to mods that simply cut Jetpack's capabilities.

But most of these mods do not work correctly and do not give the opportunity to change the difficult.

Made mod optimizing the use of a jetpack.

I just want to be able to set a max speed for my jetpack. Jetpack sucks with speed mpds or it's the fastest way to fly, everytime.

Make it a slider in the setup maybe, but without bottles you can only go a few km on a planet already. It's use in space is also already rather balanced as you literally cannot move in space without hydrogen.

Add it as an option to not harm those who enjoy the old system?