Apparently this has been noticed by another community member a year ago:

I'm not here to report on the potential performance impact, but on the bug in the code that is apparent in the screenshot supertanker13 posted:

The game code looks for the file Textures\BackgroundCube\Final\BackgroundCubeIndirect.dds without prepending the content path. Subsequently it gets interpreted as a relative path and looked up in Bin64 (since that's where SpaceEngineers.exe is run from).

The effect of this on rendering is shown in the image below. The left side shows a tinted glass surface with a dark block behind it and the right sight shows an ice lake on EarthLike at midnight. The top half is taken with the vanilla game, but for the lower half I copied BackgroundCubeIndirect.dds over from Content to Bin64\Textures\BackgroundCube\Final\ to make it work as intended: 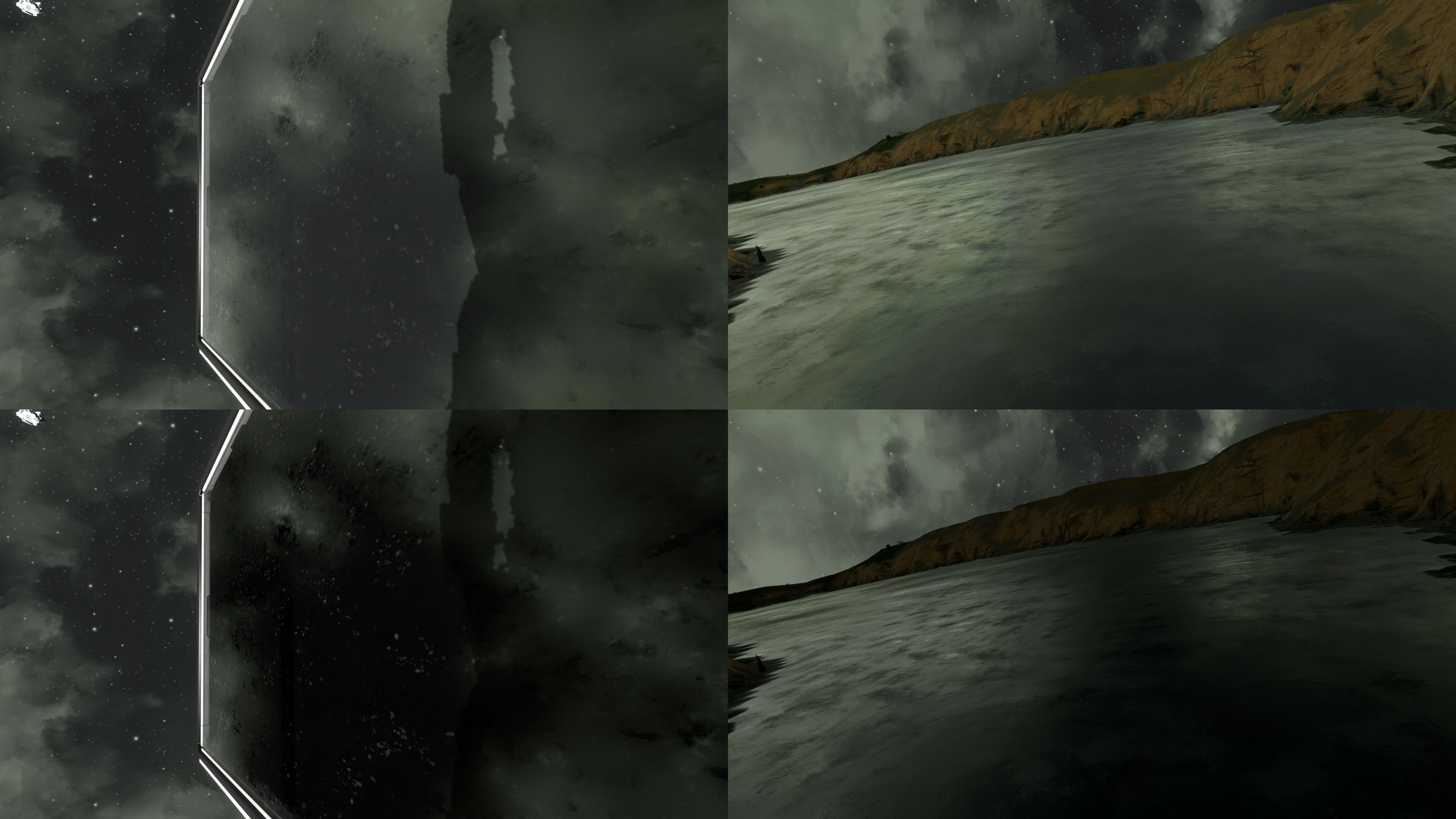 As you can see in the bottom part, BackgroundCubeIndirect.dds effects reflections of the sky on glass and ice, but also changes the general brightness of the coastline. [Note: It is possible that the texture artist ended up making it darker than intended as he/she tried to get it working unsuccessfully.]

The erroneous code is in the method MyEnvProbeProcessing.RunForwardPostprocess(...) where it checks if an "indirect" version of the skybox exists:

thanks for letting us know about this one. Issue was reported into our internal system.

thanks for letting us know about this one. Issue was reported into our internal system.