I have found with complex rotary farms the entire sub-grid rotor assm. disappear and turn invisible after restarting client. The pivot and the catch blocks are still visible. have had this occur twice now on 2 separate servers with the same build. All vanilla blocks were used. to make this happen Small grid>sub-grid 1>sub grid 2>sub grid 3>sub grid 4. This will cause a chance to make the sub grids turn invisible and join the Clang World. If it doesn't do it the first client restart after its built, it wont ever. Build a 2nd, and 3rd till it occurs. The last one that it happened to didn't even have the farm heads on yet. When you hit the invisible grid/s it rubber bands you until you back up. Hope this helps.

Hello, thank you for the report. Do you have a blueprint for that gird? I was trying to recreate it on my DS but everything was working correctly even with ping 100+. 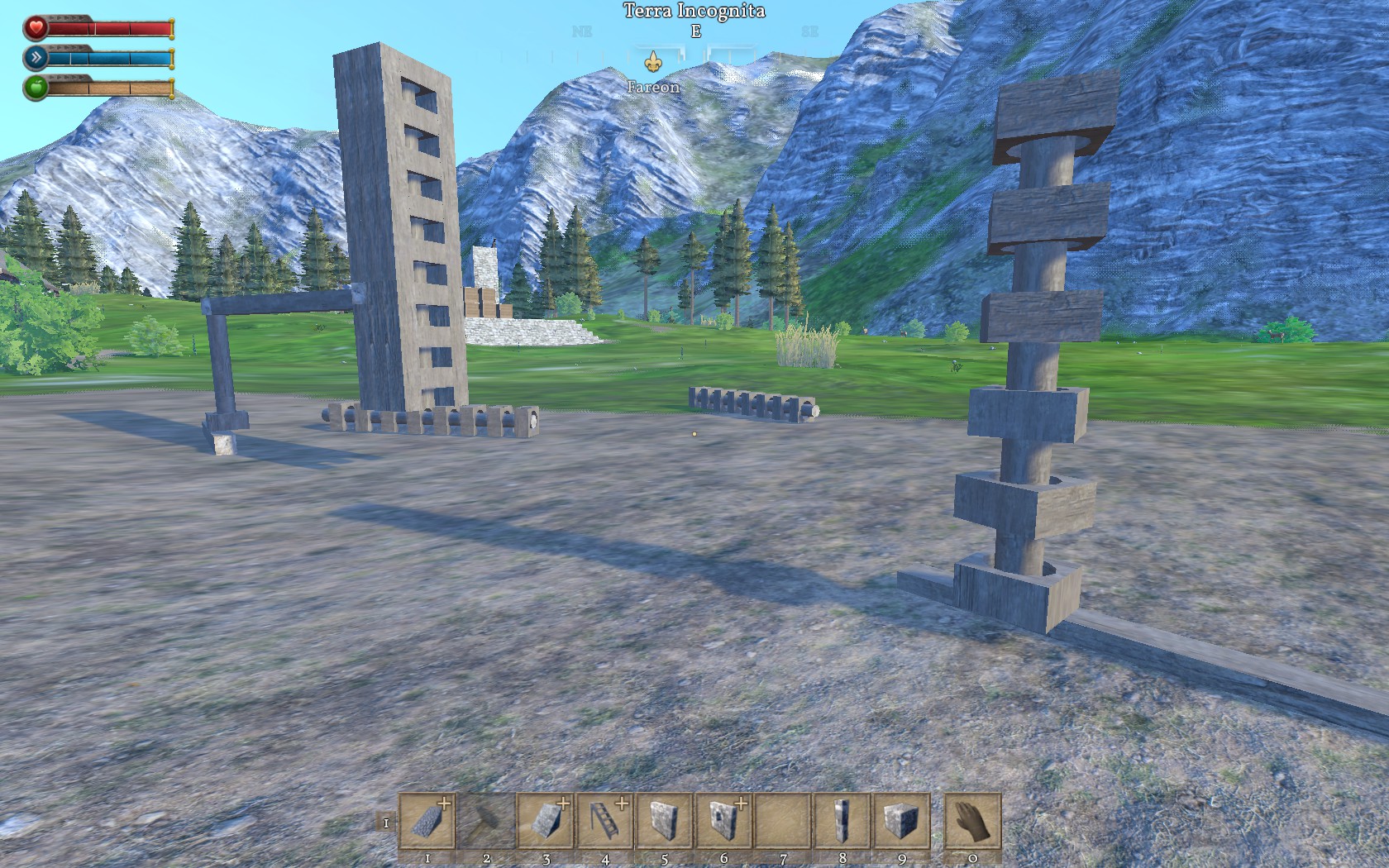 I think i found the cause and work around for the bug. the grid is approx. 30 meters when the farm equipment was idle and a tree grew. If it intersects with the sub-grid, it turns the sub-grid invisible. To turn it visible again. Place a timber in the ground(starting a new small grid), and build timbers till you hit the invisible grid, and poof back from the Clang Dimension. The grids that were glitched were like this one. One was deleted on a server wipe, the other I used the work around to fix. This is what my rotary farms look like when theres no problem. (yes, that's a runway in the background...) P.s. Hire "Peaceman" I think that speaks for the majority of the community. His mods are the reason for giant farms, leading to pushing the parts in-game to new limits. Hail Klang!

We will look at it but I do not know if we will be able to fix it in near future.

As long as there is a work-around, its not a problem. Keep up the great work, I know you folks are busy. Please keep the Klang engines though, or our group will have to make new ones, like when you guys tried to kill Klang the 1st two times and we had new Klang-O-Pults 10 minutes after the game was patched. Klang is the god in this game, many houses worship him now, our server has even started looking at using Klang as a role playing god for the server. "The Order of Klang vs. the evil non-believers. Just leave him and focus on getting a multiplayer update like on Space Engineers, and maybe permanently add the water mod into the game code. Even without flowing water its a good start on water. Gotta learn to stand before you can walk.