Hydrogen tanks are too big. Many times, you're happy with a smaller tank that you don't have to design your entire ship around, that doesn't explode your grid size by 50% - you know, just a small tank for a bit of additional thrust, to refill hydrogen bottles with, or simply so you can actually use that huge amount of space for a large cargo container, and fill the niches with fuel instead of doing it the other way around and split up your cargo capacity - because that seems to be okay.

Which is something I do not understand. In any modern aircraft, the one thing you want to have big and concentrated is cargo space. The one thing that is spread out everywhere, filling every free niche... that is fuel tanks. Wings contain fuel. Spaces between the cabin and cargo compartment might contain fuel. Spaces between equipment. Especially fighter jets get bonkers on where they store fuel. Simply because the only two things you need are a) piping and b) weight and balance. Fuel doesn't care if its stored in smaller batches. You can't, however, cut big pieces of cargo in half.

For some reason, Space Engineers does it just opposite of that. The hydrogen engine tank change was a good first step - but since its not actually tank, doesn't act as a tank - ignored by thrusters, can't refill bottles, can't stockpile, doesn't refill when its not running and thus producing power, can't get the hydrogen out again whatever you try - its only adequate for those builds who only need it to power the actual engine.

We need a smaller tank. Whether thats through a new block, or something like Kuroshi suggested with using the oxygen or hydrogen tanks interchangeably is certainly worth discussing. But as it stands, that tank makes for the opposite of the small craft Keen wants us to build. They're oversized. In small grids, often two, three times the size of what they need to be with ions and atmo thrusters. If you do any sort of decorative armour, you're quickly looking at 800+ block small grids even for a tiny non-cargo ship... just because its not tiny anymore. Same goes for small large grids.

Just take a look at the old yellow boat. You could certainly save some space by rearranging the interior, but if you want to keep the interior and refurbish it to use hydrogen, its 50% bigger just by adding a single tank - even though a single thruster in every direction would be sufficient, and a smaller 1x2 tank would likely hold enough to get by. And thats not even considering the additional conveyors you would need.

As it stands, I see no sane reason for me to ever consider hydrogen for a small grid. I like my ships small and compact. A 5x5 tank only matches large containers, meaning cargo vessels - and those need more than one tank due to mass and thrusters, and thus it becomes a nonoption yet again. Not to mention that if my cargo small grids get any bigger, they'll soon become too big for ship hangars.

Yeah, a small ship hydrogen tank that is the same size as the current small ship oxygen tank would be manageable, and would encourage players to take smaller hydrogen-based craft into consideration. Just balance it accordingly to not allow too much storage, and it'll be great.

this is needed even more now that o2 generators have been debuffed on how much ice they can consume per second. we definitely need some small tanks

I completely agree. This generator nerf has killed most compact designs. Now we have to use several generators, several medium/large cargo containers, and even more thrusters to achieve what we already had before. (which was already poor performance)

I agree we need a 2x2x5 tank for small grid [so it has large port on both ends / basically a slimmer version of the current one, the current one is to fat] and a 1x1x3 for large grid!

Yep we desperately need a small hydrogen tank which we can fit in small spaces. The current tanks are larger than half the ships I build, and it makes them useless.

Regis: I'd say smaller - 1x1x3 perhaps - you can always stack them if they have ports on the sides, to make a bigger capacity.

Sometimes, eg for remote vehicles, you're going to want only a small amount of H2 to be stored - that might also be the case in a dedicated ice-miner or a vehicle that's got solar panels up top, for example.

I'd say smaller would be better so that they have more use - but does that increase lag due to more being needed?

Just do it Keen.

Larger(to be easier to make air tight walls, something like 2x20x20) and smaller would be nice.

Also oxygen tank ... for example by choosing what type of gas will the tank store.

Can be changed only when the tank is empty, plus ability to vent the tank.

It is quite sad to have only gas tank larger than gas generator on small grids - there should be some gas tank smaller (or at least same size) than generator.

While Hydrogen thrusters are powerfull, personaly I only use them only for leaving planets. Hydrogen ships are simply too big to consider viable both because of huge tanks and because of need for conveyors. The only constant use for Hydrogen in my case is in space suit and because there is no tank I have to manage a lot of H2 bottles.

I actually modded my game so that hydrogen gives and requires realistic amounts of power. It means that getting off a planet with hydrogen requires a pretty huge amount of power so it's best to not launch 500 tones of iron if you don't need to.

What it also means though is that I can have a giant pile of wind turbines creating hydrogen and I can transport that stored energy into space for me to use easily, and one hydrogen tank full is worth a lot of power.

It's certainly interesting and gives a real option besides batteries for energy storage/transport. It offers some benefits and some drawbacks. I find I use a mix, depending on the use case I have.

we need smaller hydrogen and oxygen tanks on large/small ships. placing them in ships or vehicle is insanely inconvenient, you nearly need to build your ship/vehicle arround the hydrogen tank as it stands. 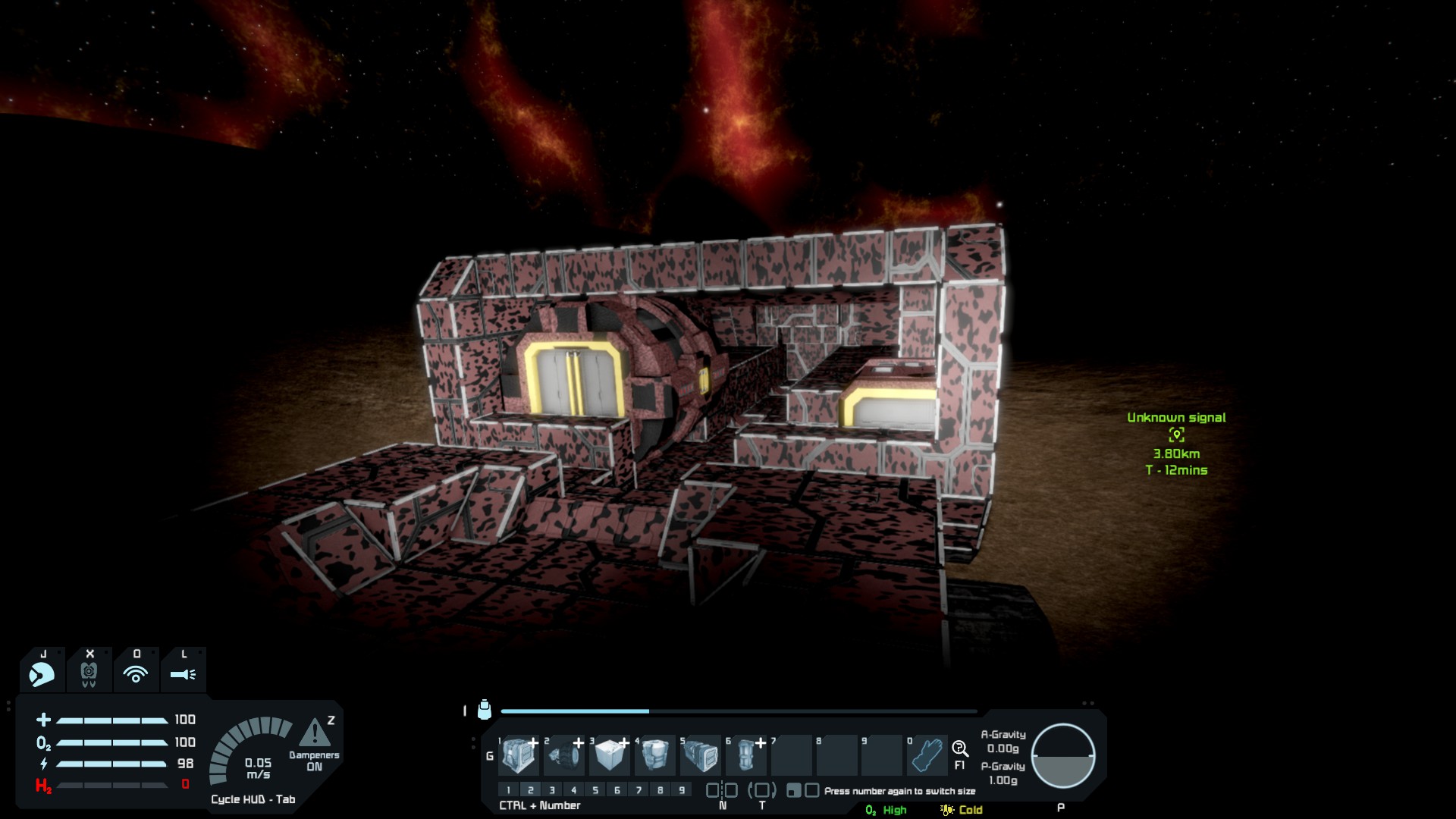