The new fog in Space engineers is great for immersion, but flying in it is a pain and outright dangerous which is far less fun.

We need a way to see in fog.

Be able to navigate in fog.

And be able to fight enemies in fog.

Without these abilities fog just turns into a gameplay obstructor.

I suggest we add a sonar mechanic to SE like subnauticas seamoth. So we can at least see.

It could use its own block that the player needs to build onto the ship to use it and be set to pulse on a hotbar butting click or automatically every * seconds when enabled to do so, drawing a bit of power every time its used.

Sonar should only work in work in pressurized environments. If we want to be able to use this in space it would have to be more like a lidar.

It can open up lots of cool features and gameplay such as:

You can only see sonar visuals if you have your helmet down or when you are in a ship that receives a friendly antenna connection from an active sonar.

Overlapping sonar could cancel eachother out (and mechanically limit the amount of sonar the player can actually see and the game needs to render) so it discourages players to build too many too close. Preventing overhead.

This also opens up an interesting mechanic with sonar probes or torpedos. Shoot one into a cave and get a 3d layout.

Even better, display it on holotables for a 3d view around your base. 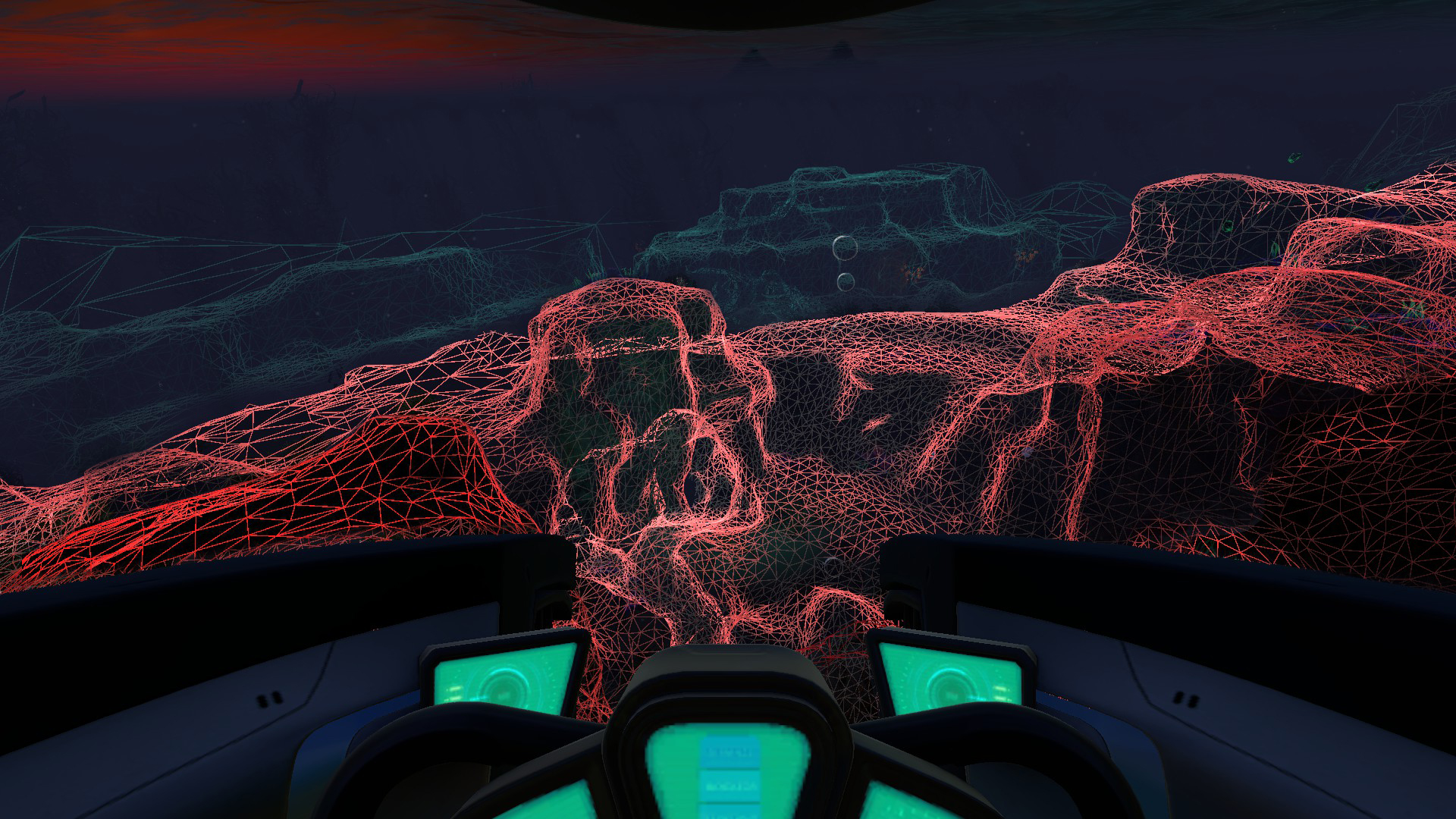