Shure would be nice if they saved some ammo for later, right. Also if they managed to focus on another threat rather than just discharging in the vast emptyness of space...

I have used your original turrets as well as some popular mods and all disapoint.

Forgive my rage, but if you are done congratulating yourselves on successfuly implementing toilets and kitchens in a game where they arent needed maybe you could fix this or some other real issue next?

Failed again, the file wouldnt upload so i tried a difrent aproach.

Here is the link.

Also i uploaded a wrong vid, lol, i recorded several atempts and was going to upload the one with all stock gatlings and interior turrets firing, sadly i clicked the wrong file and in this take there is only one gatling going wild, which almost makes them look normal against modded weaponry. ;(

Any news on the subject, i keep hoping and checking everyday that a new update comes out and this is on the fixed list.

I have confirmed this bug (7/13/19). Full vanilla, recreated the test shown in his video. Image shows the aftermath of the test, where there are no targets and the weapons keep firing.

Additional data: This occurs with both interior turrets and Gats on large grids (have not tested small). The guns will start shooting and keep shooting until turret power is cycled (have not tried cycling target types). Even if the power is cycled the turrets can start firing again when the world is reloaded (either SP or a MP server set to pause when logged off). In this case the fire animation and sound does not always play and it is very difficult to tell if the guns are firing (usually found by running into invisible bullets, finding holes in things, empty ammo, or friend logs on and THEY can hear the guns).

These guns are not firing the same direction because idle movement is enabled and they continue to move idly WHILE firing endlessly. 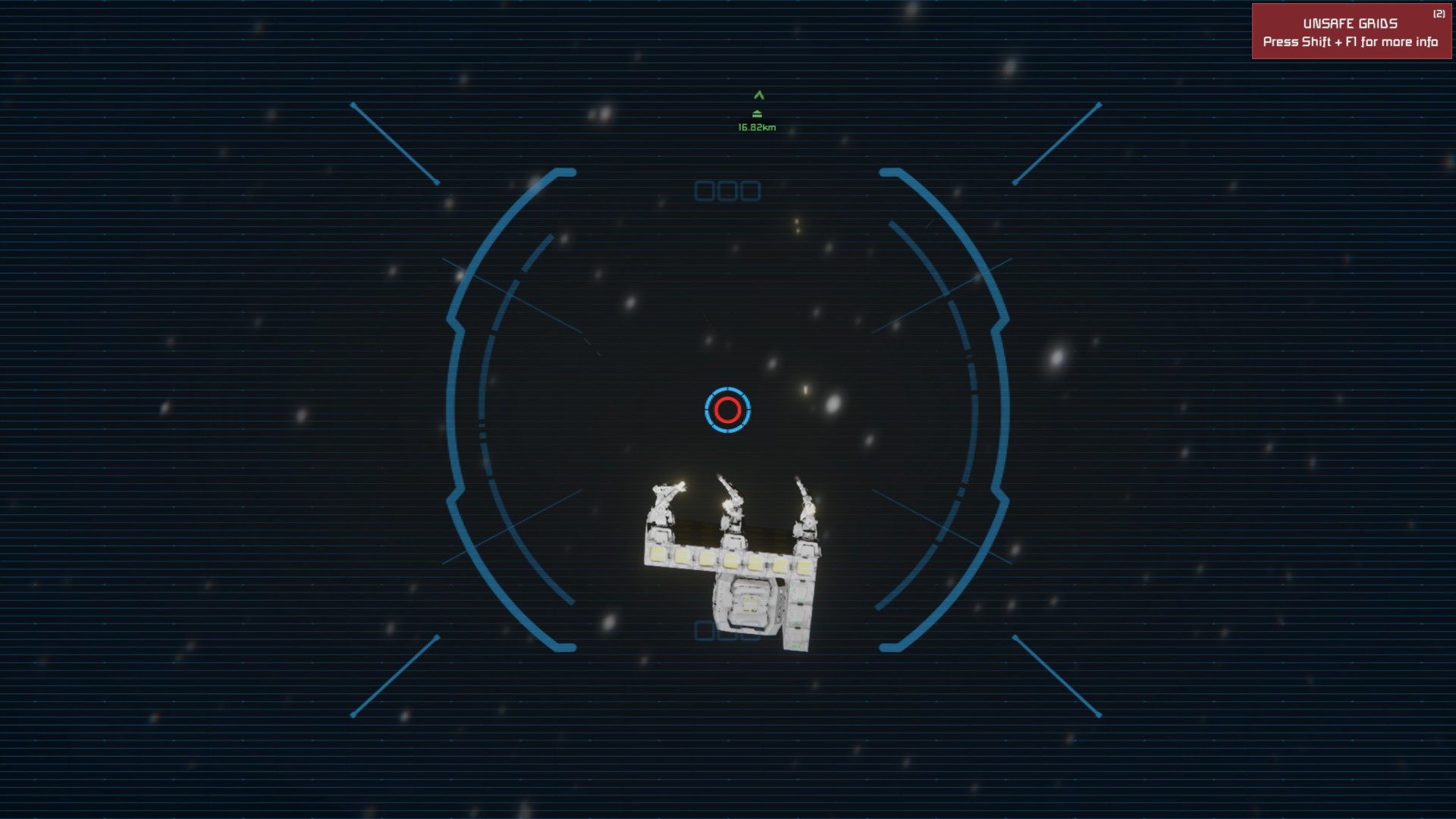