Camera orientation when driving (related to tilt over)

Space Engineers became one of the best driving simulations despite being not a driving game initially. I can't appreciate enough the improvement and overhaul of wheels in the last couple of years.

As an example; in an offroad driving simulation called Mudrunner, camera orients itself according to planet's gravity, so driver can see easily that the car may tilt over if slope gets a little bit steeper. So driver can avoid that. But in Space Engineers, camera doesn't orient itself to planetary gravity. (Screenshot #2)

I choose a place near lake and tree that shows planetary gravity orientation in screenshots. So It's easy to see that the vehicle is near tilt over. But in most cases driver drives the vehicle open places where lake and trees are not exists (also they are nowhere close and fast enough to understand of the slope than a camera), so it becomes hard to understand how much the ground sloped.

The third screenshot shows what I mean exactly. The vehicle doesn't look like on a slope but it actually is at the brink of tilting over because of high slope. Horizon & Altitude indicator helps to understand but it's again more helpful when flying rather than driving.

I suggest that camera should orient itself according to gravity when driving. (Maybe turning "control wheels" checkbox on cockpits should activate it.)

I like the idea.. but as an engineer task. I will put my car camera on a rota from now on.

This is another effect of SE's terribly bad GUI design that favours uselessly low contrast between off-white and a washed-out blue. If the artificial horizon was a lot more visible, thereby actually deserving that title, then this wouldn't perhaps be quite so noticeable an issue.

As you can se when on foot camera orientattion is aligned with gravity, why not when driving? 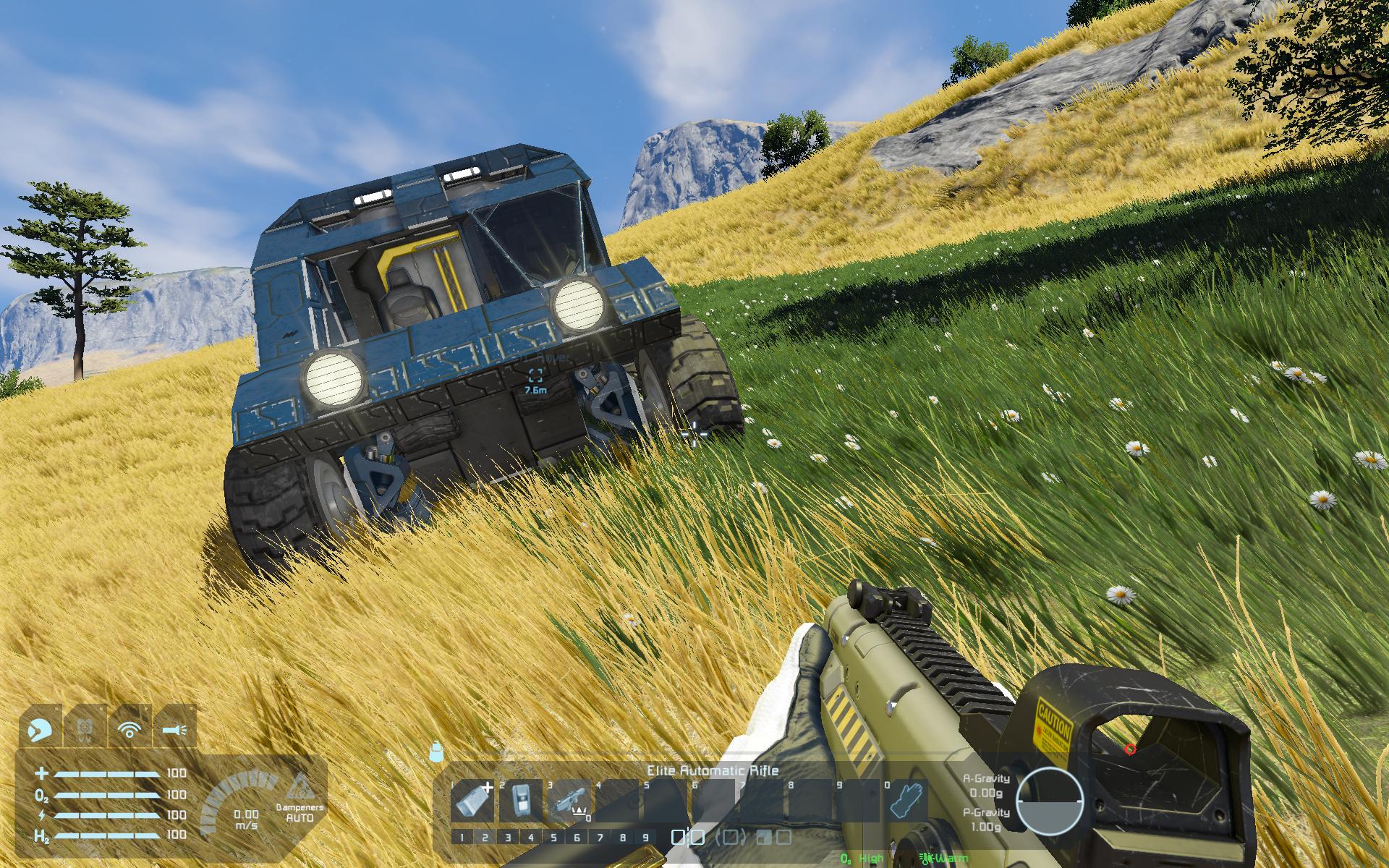 BeamNG has a lot of cameras and the user can swich between them, maybe the hability of swich from:

and the hability of disable them manualy on the cocpick would be cool.